Best Sales Tips: What You Can Learn From the Greatest Salespeople 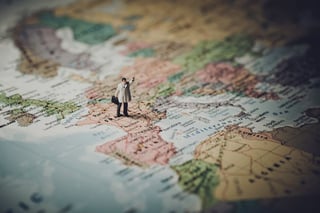 What does it take to be a great salesperson? Among the great ones, what are the common traits and best sales tips they offered? Who are these salespeople and what did they do that made them so great?

Answering who they are is easy, because history provides proof.

In this blog, we are taking a look at four of history’s best sales people to see if there are common characteristics and habits among them. The traits are probably innate, but the methods can be learned and applied.

The man behind the “Greatest Show on Earth” tops our list. However, the creator of the famed Ringling Brothers and Barnum & Bailey Circus didn’t start out as the greatest. He had to work hard to get there. One trait among the greats is that they have a work ethic that shows up early in life. A ceaseless drive to be the best.

PT Barnum was an entrepreneur his entire life. As a child, he sold snacks and homemade cherry rum in Bethel, Connecticut at local gatherings. He owned his own livestock at age 12. And by 21, he owned a general store, a small lottery, and a newspaper.

Sometimes misattributed as thinking his crowds were unintelligent and gullible, Barnum believed crowds delighted in the antics of his circus because they liked a good hoax. “The people like to be humbugged,” he once said. He recognized this, and gave audiences what they wanted. Customizing your message and giving your prospects the solution or service they’re looking for is the best sales tip from Barnum.

The woman behind the Mary Kay Cosmetics Company didn’t become great overnight. For decades, she sold books door-to-door. “Praising people to success” was one of her mantras as a manager, and she instructed her sales team to make every customer feel important. Her sales tactic was to persuade other women to throw parties and then sell to their friends; the idea being that people are more likely to buy from their friends.

Learn from Ash, and understand your audience and how the purchase.

The Ogilvy & Mather associate is considered the “Father of Advertising,” but he too had to start out on the ground floor. He traveled England door-to-door selling cooking stoves. He was so good that he penned his tactics in a book, which was titled “The Theory and Practice of Selling the AGA Cooker.” Eighty years later many still consider it the best sales manual ever written. For Ogilvy, selling was a numbers game.

“The more prospects you talk to, the more sales you expose yourself to, the more orders you will get. But never mistake quantity of calls for quality of salesmanship.”

All these years later, it’s still a numbers game! Take David Ogilvy’s best sales tips to heart: Reach out regularly until you hear “no.”

Carnegie began his career as a rank-and-file salesman, selling everything from lard to correspondence courses. His book, “How to Win Friends and Influence People”—now over 80 years old—has been read an uncountable number of times. Carnegie’s lessons focus on building the confidence of sales professionals, honing great people skills, improving attitudes, and ultimately inspiring readers to become leaders.

As you interact with prospects, make sure to stay confident and positive. Stand behind your solution with pride, and become the leader you can be.

How you become a great salesperson

Starting out early in life with a passion to sell is one of the traits these four greats share. They were born to do it and developed methods used by millions. But, besides starting out early and having a work ethic, is there something else common to the great ones?

Steve W. Martin conducted interviews with thousands business-to-business salespeople employed for some of the world’s leading companies. He found that there are seven key personality traits which directly influence top performers’ success:

From PT Barnum to Mary Kay Ash, great salespeople had a passion for business that showed up early. Resiliency and work ethic are also common among the great ones. But, when you ask extremely successful salespeople, what makes them different, you often get a vague and wandering answer. As Martin found out, “the person may not even know the real answer because most successful salespeople are simply doing what comes naturally.”

And whether you are a natural or not, ConnectLeader’s intelligent sales acceleration platform is exactly what today’s reps need in order to support their efforts and boost the company’s sales.
This entry was tagged: sales performance on September 08, 2017 by Matt Stanton
← Avoid Sales Burnout: Lessons Learned from Death of a Salesman 10 Best B2B Sales Strategy Tips →

Can a Sales Playbook Benefit Your Inside Sales Team?
www.connectleader.com