Early and Often - The importance of meticulous sales prospecting 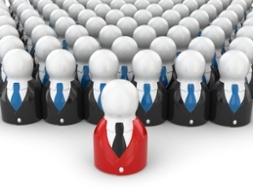 "Vote Early, Vote Often" was coined by Al Capone to make fun of the  "less than honest"  past political practices. I'm not suggesting you use any "questionable" practices, however, in my experience, "early and often" can result in expanding your sales pipeline and putting a little more "green" in your pocket.

Many times our prospects and clients are focused on measuring sales lead metrics around Meetings Scheduled or Qualified Leads.

I agree -- These call results are the absolute best.  However, often times you might be calling prospects but the timing is off or they do not have a compelling reason to try your product at that time.

There is something to be said for the “early and often” factor though.  And it’s what you do with these Follow Ups or these Referral Connects that really matters.

As a real world example, here is how one early lead generated from a sales prospecting session in March 2013 resulted in a Sale at the end of Q1 2014.

Moral of the story?

This entry was tagged: b2b sales tips, lead generation, sales prospecting on April 01, 2014 by Matt Stanton
Tips for Being a Great Inside Sales Manager →